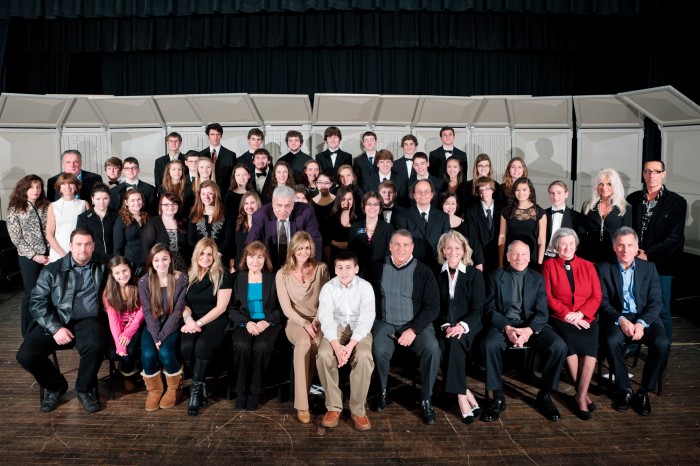 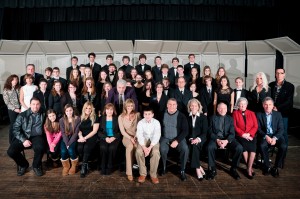 Dick Anagnost, President of the Anagnost Companies, made an organizational-changing gift to name the Music School’s 27-year-old New Hampshire Youth Symphony Orchestra in honor of his late brother. The Dino Anagnost Youth Symphony Orchestra of New Hampshire performed under this banner for the first time at the school’s winter concert this past Sunday. Offering up a program of some of the maestro’s favorite composer’s and works, the orchestra, led by conductor Mark Latham, received a standing ovation at the end of the dedication concert.

“The Anagnost Family sends its thanks to the Manchester Community Music School on the naming and dedication of the Dino Anagnost Youth Symphony Orchestra of New Hampshire. To the conductor and the orchestra members on their magnificent performance yesterday, we can only say “BRAVO!!!!” commented Dick Anagnost.

“The entire Music School Family is honored and thrilled that our orchestra will continue the legacy of Maestro Anagnost.” said Music School CEO Jeanine Tousignant. “He was a musician of extraordinary caliber, someone who dedicated his entire life to music and music education, and a Manchester native.” “The Anagnost family’s extraordinary gift to the school to honor his his legacy will provide for music education for countless of our community’s children now and well into in the future.”

Dino Anagnost was Music Director and Conductor of The Little Orchestra Society of New York for 33 years, a mid-size classical

ensemble offering a broad repertoire of interactive music experience that captivated audiences of all ages. Maestro Anagnost was born August 16, 1943, in Manchester, New Hampshire, the elder son of Stella and Zissis Anagnost. He continued his education at Boston University, The Juilliard School, Harvard University, Tanglewood, and New England Conservatory, where he pursued advanced Music Studies, Teachers College and Columbia University where he earned his Doctorate in Music.  Dr. Anagnost held the position of Adjunct Professor of Music at the University. Maestro Anagnost conducted concerts and opera throughout the world, from Washington, D.C.’s Capitol Rotunda and the White House, to Greece and South Korea. Maestro Dino Anagnost is respected worldwide for his innovative music series.