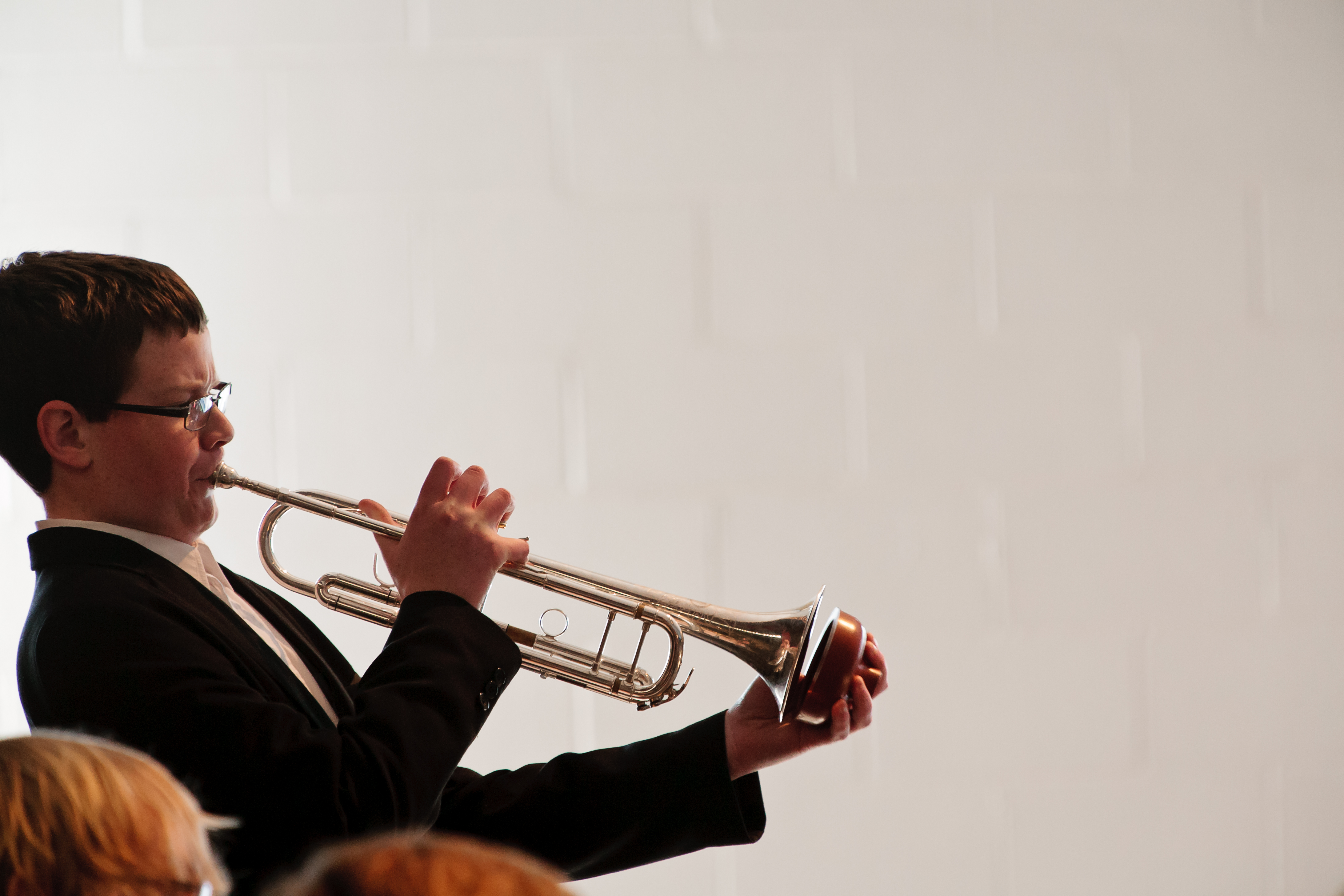 Come enjoy all of our ensembles and the re-naming of our NH Youth Symphony Orchestra and the inaugural concert of our Robbins Farley Honors Brass Quintet.

This year’s annual NHYE Winter Concert will feature two exciting inaugural concerts. Local businessman Dick Anagnost, President of the Anagnost Companies, has made a memorial gift to the school to honor his late brother Dino Anagnost, a staunch advocate for music education. Read more about the re-naming of the orchestra here…

Honors Brass Quintet. This auditioned group of five advanced brass musicians  will receive full scholarship to participate in the group. Bob’s childhood passion which continues today is his love of music. He played his trumpet professionally as a teenager and intended to pursue a musical career, but decided to enroll in college first. Bob has never given up his love of music. Today he plays trumpet regularly with the Nottingham Brass Quintet and the Windham Swing Band. Bob’s love of music is what compelled him to support this new select group at the Music School.