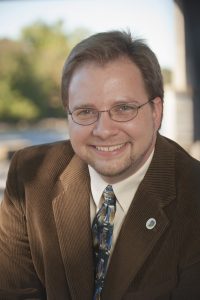 Teaching Statement:
I believe that music exists in everyone. Music is an outlet for expression, which many children and adults do not find elsewhere. Regardless of ability level, music classes and ensembles should encourage success from everyone. Music is for everyone, from kids from one to ninety-two.
I use age appropriate, high quality literature in order to bring out the best sound for each individual and chorus which I direct and teach. I believe every person wants to be part of something bigger than themselves. I believe that when individuals are given the opportunity to shine, they will. I want nothing more than to help prepare my students for continued music study at the next level (whether that is community ensembles, college ensembles, or if they wish to pursue a college major in music).
Education:
Bachelor of Arts in Pre-teaching from University of New Hampshire, Durham. Masters of Music with a focus in Music Education from Ithaca College. Certificate in Advanced Graduate Studies (CAGS/Ed.S.) in Arts, Learning and Leadership from Plymouth State University.
Teaching/Performance Bio:
Mr. Saucier conducts the Merrimack Concert Association Chorus now for his 9th year. He is an avid arranger for a cappella music. He is a former middle and high school choir director. He has developed several musical and artistic ensembles at UNH Manchester while as a staff member there, including Milling Around and the Brick and Mortar Theatre Group. He musically directed, recorded, and produced three full length CD albums with their a cappella group.
Mr. Saucier is still active in the a cappella scene. He started back in college when he musically directed the group, Alabaster Blue, and started and directed the group, Not Too Sharp. Now in its 17th year, Not Too Sharp has blossomed into a leading northeast collegiate group featured on CASA’s Best of Collegiate A cappella CD. He established an a cappella festival called Voices of the (603). Now in its 9th year, there are over 300 singers who participate yearly.
Mr. Saucier volunteers as the president of the board for Voices of the (603), treasurer for the East Kingston Parent Teacher Organization, treasurer for East Kingston Historical Society, as advisory board for Destination Imagination (NH) and as the new chair for Repertoire and Standards for the NH chapter of the American Choral Director’s Association. He also serves on his local school board for East Kingston/SAU16.