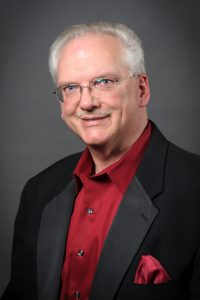 Clayton, (or “Skip” as he is known to his family and friends), has enjoyed over 40 years of bringing top quality music to audiences all around the United States. He has founded and conducted multiple music groups including, most recently, The Capital Jazz Orchestra. Over the course of his elaborate music career, Clayton has worked with such musical mavens as Mel Tormé, Rosemary Clooney, Johnny Mathis, Andy Williams, Dionne Warwick, and many other major music stars. In addition, Mr. Poole has served as Music Director for collegiate bands as well, backing and performing with legendary guest artists such as Cab Calloway, “Wild” Bill Davis, The Four Freshmen and Maynard Ferguson.

Skip is one of the few musicians alive today who has had the privilege working directly with the leaders of some of the nation’s top big bands; Frank Tiberi (Woody Herman), Steve Marcus (Buddy Rich), Frank Foster (Count Basie), and Dick Johnson (Artie Shaw). In 2011, Clayton was invited to join the late musicologist Gunther Schuller on a lecture panel at the Berklee School of Music in Boston to discuss the influence of Paul Whiteman on the early jazz period. Skip’s comments have been published in the book “Paul Whiteman – Pioneer in American Music” by Don Rayno published by Scarecrow Press.

In his current role as Music Director of The Capital Jazz Orchestra, he has worked with The Four Freshmen, Delfeayo Marsalis, Trumpeter Byron Stripling, Basie drummer Butch Miles, vocalists Carmen Bradford and Clairdee. In addition, Skip has toured nationally with the CJO. Most recently featuring Benny Goodman alumni Ken Peplowski, the late Bucky Pizzarelli, and the late Derek Smith.