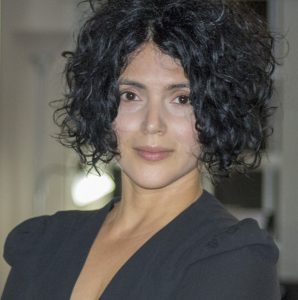 I believe in the immense power of music.  Motivating its learning from an early age, brings countless benefits to children.
Always teaching in a positive and fun environment, I encourage my students to discover and appreciate the  beauty of this art.

Adriana Ruiz began her studies of piano at the age of seven and completed her studies of voice and choral conducting at the Conservatorio Esteban Salas in Santiago de Cuba. Ruiz recently appeared as soloist and ensemble member with the award-winning Apollo’s Fire, touring to New York City, Cleveland, and Chicago. She also gave a solo recital of Spanish Renaissance songs with guitarist Jason Yoshida on the newly created Vocal Artist Management Virtual Recital Series. For several years, Adriana was part of the Orfeón Santiago under the direction of Electo Silva. She made various recordings with this ensemble as a soloist and lead soprano, as well as participating in tours around Europe and the Caribbean. In May of 2018, she was named an Early Music America (EMA) Emerging Artist. According to EMA, Ruiz was chosen to represent “the best of the emerging early music talent from a large pool of applicants.” As a result of her award, she performed in the Emerging Artist Showcase at the prestigious Bloomington Early Music Festival at Indiana University. Recently, she performed at the Bach@ noon series, from the Bach Collegium San Diego, offering a program from the Spanish Golden Age.

Currently, Adriana performs with the Boston’s based ensemble Rumbarroco.